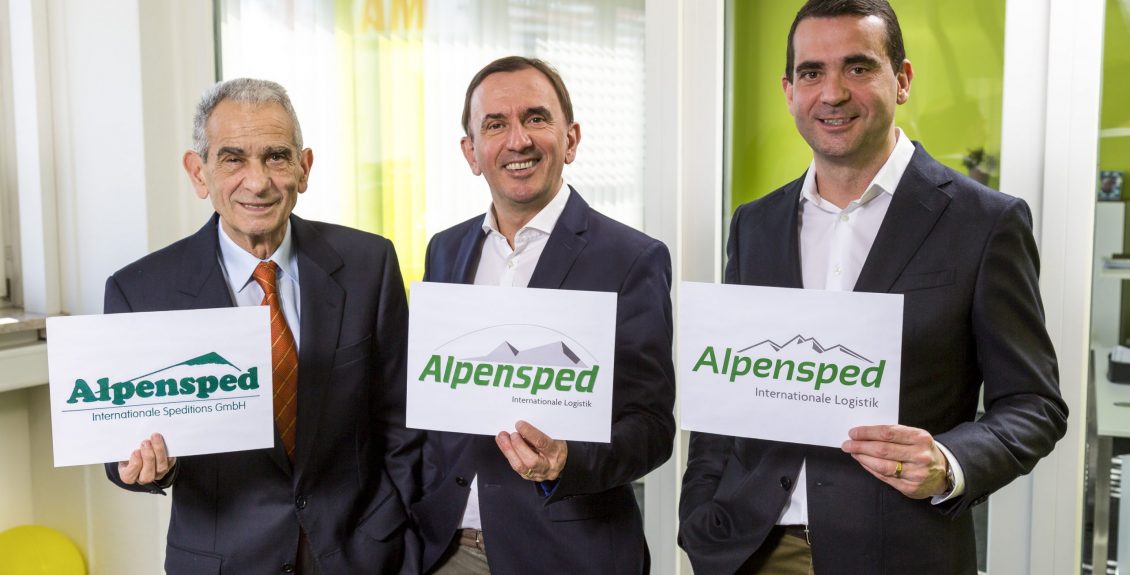 Implementation and certification of the quality management system ISO 9001.

Alpensped becomes regional forwarder of the VW Group for Romania.

Company’s founder Rinaldo Faggin retires from his position as a managing director.
His succession has been taken over by both sons Christian and Massimo Faggin.

Through consistent enhancements (transport relations and range of services) Alpensped generates a turnover of more than 10 million Euros for the first time ever.

Alpensped is being certified by the environmental standard ISO 14001 and the Corporate Carbon Footprint according to ISO 14064.

The first sustainability report (2011) is being published.
The shipment-related Transport Carbon Footprint (TCF) is being displayed on all bills.
Hubert Belzer retires from the company on 31.12.2012 as a managing director and partner.

Alpensped celebrates 20th anniversary of the company.
First-time certification of the shipment-related Transport Carbon Footprint (TCF) according to DIN EN 16258.
Publication of the second sustainability report (2012).
First-time participation in the biggest international trade fair, the „transport logistic“ in Munich.
Photovoltaic installation on the roof of the company building.

The federal state government of Baden-Württemberg and the Caritas organization honour Alpensped with the „Award for medium-sized companies for social responsibility in Baden-Württemberg 2014“ as a reward for their scoial commitment.

Alpensped extends its country portfolio to a total of 20 relations. Publication of the third sustainability report (2013/2014). Participation in the „transport logistic“ fair in Munich.

Alpensped further expands to 30 employees and achieves a turnover of more than 20 million Euros.

Participation in the „transport logistics“ fair in Munich.
Winner of the „Lea prize for medium-sized businesses“.
Relaunch of the corporate design.

Alpensped celebrates 25th anniversary of the company.
Publication of the fourth sustainability report (2015/2016/2017).
Relaunch of the new internet presence.

Continuation of the cooperation and support of the “Opportunities for Children” Foundation.
Publication of the 5th sustainability report (2018-2020).
Final step towards paperless work at Alpensped: self-developed web portal replaces postal receipt of invoices.

Large strategy workshop “We love cooperation 3” with all employees.
Extension of the regional forwarding contracts for Romania and Moldova with the Volkswagen Group.

United by trust and common goals