Welcome! Our services for transports from and to the Netherlands 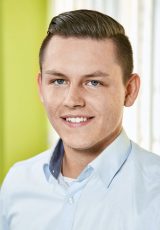 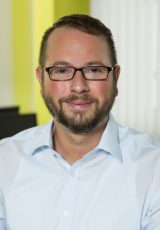 Data sheet of the vehicles for transports to the Netherlands

Due to its strong economic position and its active foreign trade activities within Europe, the Netherlands is an interesting destination in the field of transport and logistics. By the way, the name Holland is not equivalent to the Netherlands, as Holland is only the name of two provinces in the Netherlands.

In the Netherlands we are currently heading for the following destinations:


In addition to Amsterdam, we also go to Antwerp, Rotterdam and Groningen.


The well-developed Dutch road network covers around 139,100 km. There is a high level of traffic safety in road traffic. The motorway network is one of the longest in the EU.

There is currently no toll on motorways and country roads. Only two tunnels are chargeable.

Not only because of its ports which are important for world trade, but also because of its very good infrastructure and logistical expenditure of time, the Netherlands has taken a leading position in logistics worldwide.

Around 44% of the Dutch transport volume is carried by road and around 31% by rail.

The main product groups in both export and import are machinery and mechanical products, mineral oil and products as well as electronic products. The Netherlands is one of the largest exporters in the world and one of the top players in the world trade market.


The Netherlands is located in Western Europe on the North Sea. Three Caribbean islands also belong to the state territory. The landscape of the Netherlands is very flat, which is why many dykes were built to protect against flooding. There are hardly any forests but there are a few canals and many dunes on the coast. The largest lake is the Ijsselmeer.

The country is one of the most densely populated countries in the world and is multicultural. Due to the large number of immigrants from different countries, different nationalities live together. The Netherlands also has a number of UNESCO World Heritage Sites.