Welcome! Ласкаво просимо! Our services for transports from and to Ukraine 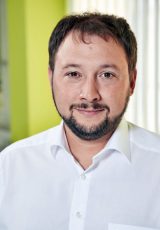 Data sheet of the vehicles for transports to Ukraine

With Ukraine we are integrating the 25th country into our Southeast European network. For that matter we provide our customers with the usual high-quality cargo hold and offer all of the services listed below – from Germany to Ukraine and back.

Do not hesitate to send us a freight query for your delivery to the Ukraine or your shipment from the Ukraine to Germany and you will promptly receive a non-binding offer from us.

In Ukraine we are currently heading for the following destinations:


In addition to the capital Kiev, our transports to the Ukraine head for the destinations of Kharkiv, Odessa, Dnipropetrovsk, Sapirschschja, Lviv, Mykolaiv and Mariupol.


The Ukrainian road network covers 169,700 km, of which 166,095 km are paved. Thus the country is further behind in the European average. A motorway network is currently being set up, instead there are motorway-like national and international highways and a dense network of petrol stations. There is no toll on the highways.

Investments are made in modernizing the poor road infrastructure in rural areas and improving road safety.

Ukraine serves as a transit country between Central Europe and the Caucasus as well as between Southern Europe and Russia. The country’s north-south traffic orientation towards Russia is to be converted into a west-east orientation towards Poland, Slovakia and Hungary in order to connect the country to the pan-European corridor.

Ukraine is located in Eastern Europe on the Black Sea as well as the Sea of ​​Azov and is the largest country completely within Europe. The Crimea peninsula is currently occupied by Russia. The landscape consists of long coasts, lowlands and mountain ranges. Part of the Carpathians runs through the west. Some of the numerous rivers flow into the Black Sea. There are many national parks and world heritage sites.

The majority of the population consists of Ukrainians. Russians form the largest minority. The official language is Ukrainian but Russian is also spoken in the east of the country, next to a few other regional languages. The font is Cyrillic. Folk art, folk poetry, folk music as well as customs and traditions play a major role in the ancient culture that arises from agriculture.