Welcome! Mirë se vini! Our services for transports from and to  Albania 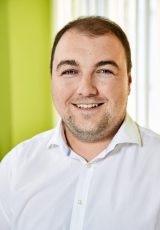 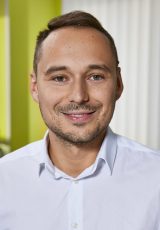 Data sheet of the vehicles for transports to Albania

Alpensped dealt with transport logistics to and from Albania at an early stage and quickly established it as one of its destination countries. Our customers come primarily from the sectors clothing, shoes, steel, agriculture, mechanical engineering as well as the extractive and food industry.

Since Albania is not yet a member of the European Union, our native-speaking dispatchers can of course also organize import and export customs clearance if required. If you are looking for a forwarding agency for Albania, you are in good hands with Alpensped.

In Albania we are currently heading for the following destinations:


Alpensped organizes transports to and from the main destination points like Tirana, Durres, Elbasan, Skhodra and Fier.


Albania’s road network has a length of 3,900 km, which is relatively little in European comparison. The road network is adapted to the topography of the hilly country and runs partly over mountain passes or through tunnels. Tirana as a commercial centre can be reached via all federal roads.

The infrastructure can still be expanded. While the main traffic routes around the big cities have been modernized and expanded, the road conditions in rural regions are still insufficiently developed. However, road construction will continue to be promoted.

The Albanian motorway network is one of the newest in Europe and is continuously being expanded. The use of the motorways and expressways is currently free of charge. The motorway A1, also known as the “Road of the Nation”, leads from Durres via Vora, Milot, Kukes and Moria to Kosovo and has also upgraded the infrastructure in northeast Albania.

Road safety in road traffic still has a lot of room for improvement.


Albania is located in south-eastern Europe on the Balkan Peninsula and has a coast on the Adriatic and the Ionian Sea. About half of the country consists of high mountains, with the Albanian Alps in the north. In addition, Albania is one of the most biodiverse European countries. It has untouched nature, so some endemic animal species can still be found there. Many national parks were created to protect this diversified nature.

The Albanian culture is very diverse. Folklore still has great significance and is expressed in folk music, folk dances and folk costumes. The Albanian population is quite homogeneous and consists largely of Albanians. However, life in the city and in the country shows considerable contrasts.